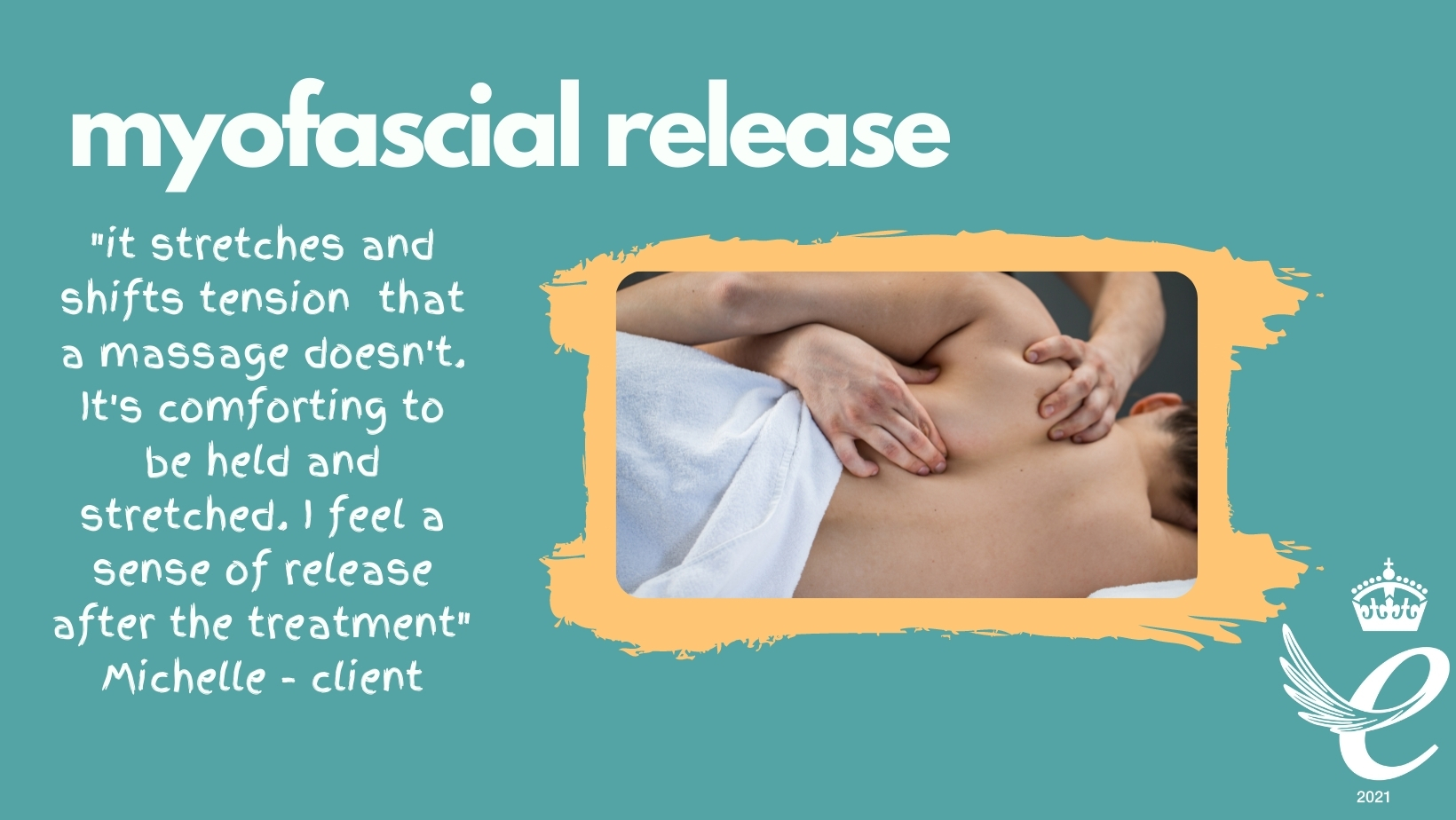 Chronic pain and injury has to be one of the most debilitating things. Well now our very own Ali Wilson is trained in a form of therapy used to treat some forms of chronic pain – myofascial release. I had to ask how to say it so I’ll share this now just in case you were wondering – it’s pronounced my-o-Fash-e-ul

Myofascial tissue – the little-known tissue that holds it all together

Our muscles do not operate in isolation. They are all overlaid and interconnected in our body. Due to this they need to have some form of protection to reduce the friction and damage that would be caused by the muscles constantly rubbing against each other.  Myofascial tissue is the strong membrane that wraps, supports and connects our muscles.  It enables them to operate effectively, get warm and stretch, without being damaged by surrounding tissue that is also in motion.

Why does myofascial tissue need releasing?

There are three layers of myofascial tissue in the body – superficial, potential space and a deep layer of tissue. The fibres in this tissue run in multiple directions allowing the tissue to move and change with surrounding muscle movement. The myofascial tissue should feel flexible and elastic to the touch.

It can become tense as a result of injury, stress or tension. When this happens, the myofascial tissue can restrict the muscle and joint movement and cause restricted movement and widespread muscle pain.

A good analogy is to think of plastic cling film stretching over a bowl of food.  When you pull on one side of the film the section at the far side of the bowl becomes even tighter.  This is the case with myofascial tissue – tension in one area can transfer and cause pain in another.

How does myofascial release work and what happens in a session?

A therapist trained in myofascial release will work around the body feeling for areas where the tissue is tight or restricted.  They will then use gentle pressure and stretches to release the tight tissue. This release can loosen up the tissue and muscles and enable greater movement and a reduction in pain.

If you have been told that myofascial release may benefit you consult a therapist who has training in this technique as it does vary from Swedish massage.

What do the scientists say?

A study by Hsieh et al included 200 participants who had back pain. All participants were treated with myofascial release. In all cases the back pain improved!

Another smaller scale study by Barnes et al included 10 people who had pelvic rotation.  After treatment the pelvis was more in line when compared with a control group (also 10 people).

The general view among scientist is that there needs to be more research into the effectiveness of myofascial release but the results obtained so far certainly seem positive.

What do the clients say?

“Fantastic! It stretches and shifts things that massage doesn’t. It’s comforting to be held and stretched. I feel a sense of release afterwards” Michelle Cunningham

If you have private health insurance, you may be able to claim for some or all of the cost of your treatment Check your policy.

Here’s a link to our webpage

Phoenix Health & Wellbeing is a Charity.  By coming to us for a treatment you are helping others less fortunate than yourself. We use the proceeds of your treatment to subsidise those who would not otherwise be able to access our therapies. Roughly £4 to every £10 spent with us will go to help others.

Why we aren’t relaxing our COVID 19 Safety Plan

Sports Massage – Why, When and Where?

This website uses cookies to improve your experience while you navigate through the website. Out of these, the cookies that are categorized as necessary are stored on your browser as they are essential for the working of basic functionalities of the website. We also use third-party cookies that help us analyze and understand how you use this website. These cookies will be stored in your browser only with your consent. You also have the option to opt-out of these cookies. But opting out of some of these cookies may affect your browsing experience.
Necessary Always Enabled
Necessary cookies are absolutely essential for the website to function properly. This category only includes cookies that ensures basic functionalities and security features of the website. These cookies do not store any personal information.
Non-necessary
Any cookies that may not be particularly necessary for the website to function and is used specifically to collect user personal data via analytics, ads, other embedded contents are termed as non-necessary cookies. It is mandatory to procure user consent prior to running these cookies on your website.
SAVE & ACCEPT